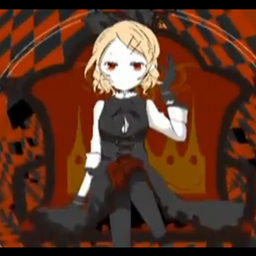 "The Noir Girl, or Vice Amply Rewarded" is track three from Chapter 2 of Hayakawa-P's Girl Series (少女シリーズ / Shoujo Series). In this story Len's role is the servant of a master thief (the Noir Girl / Rin). The previous songs in the series were mentioned throughout this song.

Overall it's the second notable song of the series for Chapter 2. This song was a part of Hayakawa-P's album "Flying Classroom" and so Noir Girl is purchasable from Amazon and iTunes store as a singles / full album (the album Flying Classroom is licensed by KarenT)

Retrieved from "https://vocaloid.fandom.com/wiki/少女ノワールあるいは悪徳の栄え﻿_(Shoujo_Noir_Aruiwa_Akutoku_no_Sakae)?oldid=1072742"
Community content is available under CC-BY-SA unless otherwise noted.