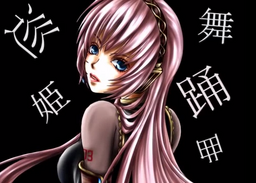 "Meguri Hime Buyou Kyoku" is an original song by No.D featuring Megurine Luka. It portrays how Luka is bestowed from the gods of Heaven with a sexy appearance and a sirenic singing voice. She brags how another woman's beauty won't be compared to hers, and sees naked men as a lower class below her. They want to have sex with her, but she treats them like animals and slaves. As the song goes on, Luka shows obsession as she enslaves the men around her using her seductive figure and angelic voice.

One of the most notable works of No.D. This song has entered the Hall of Legend on August 17 2018. 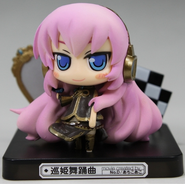 Based on the lyrics: 「魔法の鏡も映し出す」(Mahou no kagami mo utsushidasu) and the images of the song, It could reference to Snow White and the Seven Drawfs' Wicked Queen and her magic mirror.