Vocaloid Wiki
Register
Don't have an account?
Sign In
Advertisement
in: Hall of Fame, Songs with 10K YouTube views, Song pages not linked to from/YOji,
and 5 more

Miku is depicted as a "nurse of love" in this love song. Woken up in the middle of the night by her master's call, Miku contemplates if she should attend to him, as he seems to only have a slight fever of 38.5. However, her maternal instinct kicks in, and she decides to go anyway. As she runs to her master's place, she mentions she has a 24-hour shift with people infected with the "virus of love", and hopes she doesn't get infected too. Arriving in the room, she discovers that the call was just a ruse from her master to meet her. In the confusion, he takes the chance to steal a kiss from her. Embarrassed, Miku feels her heartbeat and breathing increase, and urges him not make fun of her. Feeling "sick", she flees to her home in panic, wondering if she caught the "virus of love". As she doesn't seem to feel better, she prepares to take any treatment, no matter how nasty, in order to cure herself. However, nothing works; she can't get the scene out of her head. Embarrassed, she regrets what happened that night. 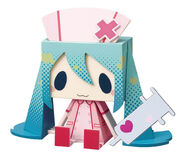 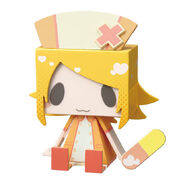 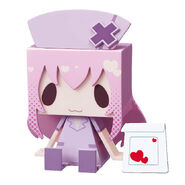