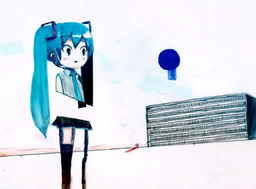 This song is one of Kikuo's most popular songs. The lyrics are vague and open to interpretation, although popular interpretations include themes like child abuse, bullying, or a dead child warning other children not to do bad things so they won't end up dead like her; another popular one is human/child trafficking.

This song was featured in the album Kikuo Miku.