Vocaloid Wiki
Register
Don't have an account?
Sign In
Advertisement
in: Album Work in Progress, Albums, Japanese albums,
and 10 more 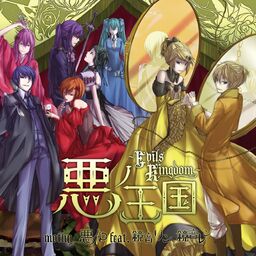 "Aku no Oukoku 〜Evils Kingdom〜" is mothy's sixth VOCALOID album. The album includes a booklet which goes deep into the complex chronology of mothy's series denominated The Evillious Chronicles. 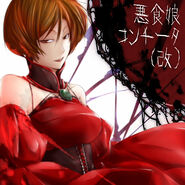 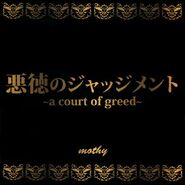 悪徳のジャッジメント ～a court of greed～

In the booklet that came with the album, there are five pages which told the history of the first three songs, Project MA, and the background of the Evillious region. Note: Mistranslations may be present.

The prelude is found on the back of the booklet and is above the tracklist.

Abandoned on a Moonlit Night[]

The last and biggest of the documents, called the Evillious Chronicles, is here (Vietnamese). It mentions "Marigold" and "MA", as well as other things that have been seen already. Marigold is mentioned at the very end of the Gobanme no Pierrot PV. MA is mentioned in the PV for Judgment of Corruption. This file also makes some previously ambiguous songs canon, like Recollective Musicbox, which also features MA.

The "dots" seem to indicate songs. I count about 10 songs that are not out yet, give or take a few. 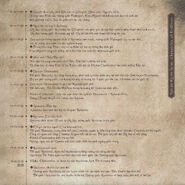 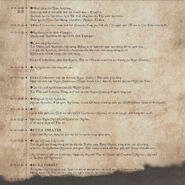