Vocaloid Wiki
Register
Don't have an account?
Sign In
Advertisement
in: Hall of Legend, Songs with 10M YouTube views, Songs with 1M bilibili views,
and 7 more

"Ai Kotoba Ⅲ" is an original song by DECO*27 featuring Hatsune Miku. It is the sequel to Ai Kotoba and 愛言葉Ⅱ (Ai Kotoba Ⅱ), with different arrangement and lyrics. This song also marks the anniversary of DECO*27's 10th year since he posted his first song, "Boku Mitai na Kimi Kimi Mitai na Boku".

A love and gratitude song where Miku expresses all of her feelings toward the special person who always has taken care of her.

This song entered the Hall of Legend, and exceeded 1 million views on both YouTube and bilibili. 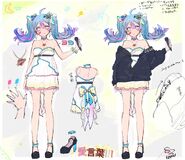 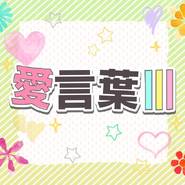