“Come, it's time for the penalty of forgetting the prisoners of sincere crimes”
—Author's note

"Wú Zhònglì Shàonǚ" is an original song by T-L-S and Yu Li featuring Mo Qingxian and is the second song of the artist5 Series. It is the character song for Lightness the Dancer and describes her as someone who would not be cared about by anyone. She lived as though she were invisible and was practically forgotten, with no one to cry for her. Toward the end of the song and PV, she faded into nothingness. With her last breath on the way to heaven, there was no one to pray for her.

The meaning of being "without gravity" is a metaphor for someone who lived like they were invisible. 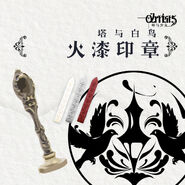 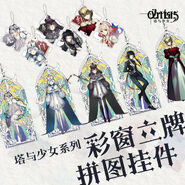