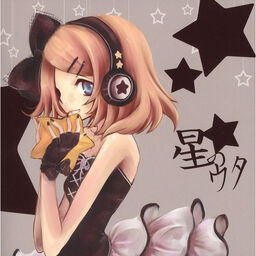 Hoshi no Uta is Pianissimo's second album after Sora no Shizuku, featuring Kagamine Rin, It includes 9 tracks both new and old, several of which are remastered.

Notable songs from the album include "Kudryavka" and "Insanity Girl", with new tracks being "RainRainRain" and also "Solea". 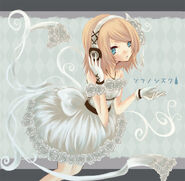 All music composed by Pianissimo.

Retrieved from "https://vocaloid.fandom.com/wiki/星のウタ_(Hoshi_no_Uta)?oldid=1106706"
Community content is available under CC-BY-SA unless otherwise noted.