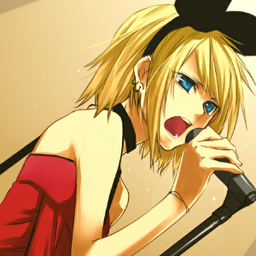 The song was first uploaded on June 3, 2011 as one of the tracks for the compilation Kagamination. It currently has over 150,000 views; making it one of Live-P's most notable works, the others being "Don't Mylist Me!", "m9", and "Why Don't you Call Me Yet?".

It tells a story of a girl (Rin) who sent a love letter to a boy (Len) but was rejected. She later sang and was determined to move forward with herself; wanting to be positive she laughed at herself. In the end, as expected, she felt rather content and confident.