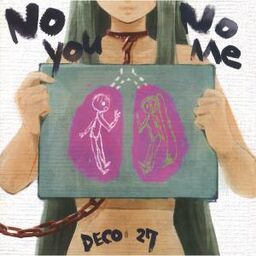 Not much is known about this song. The lyrics suggest that the song is about the pain of losing someone you love, and wondering when the pain will end. The protagonist's contemplation of whether or not to go where the love-interest is, as well as their lamenting over some form of indirect contact - between the two of them - being too late, the last few lines suggesting that the love-interest will be born again, and the name of the song itself, suggests that the love-interest is currently dead, and that the protagonist is mourning their death, as well as contemplating killing themselves to meet with that love interest again.

This song shares a melody and similar title with song Past World, and is the last VOCALOID track of the album No You, No Me (The Past-Life being the first track of the album), suggests that the two songs correlate, and are intros and outros to the album itself.