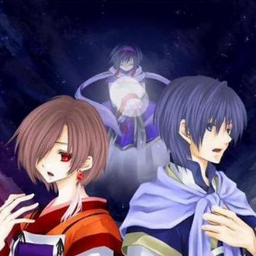 The song was first uploaded on January 1, 2009 and reached Nico Hall of Fame (exceeding 100,000 views). It's sigotositeP's second duet song using KAITO and MEIKO, the first being Tsugai Kogarashi.

Although it's not stated in sigotositeP's description, many can hear KAIKO's voice somewhere in the background (there are sigotositeP's works where she uses KAIKO as the vocal).

The song has various and no fixed meaning; KAITO can be interpreted as the moon who can never see MEIKO the sun. Whenever KAITO rises up to shine, MEIKO, the sun, falls on dusk and vice-versa. This goes on for eternity, where the sun and the moon can never ever meet.