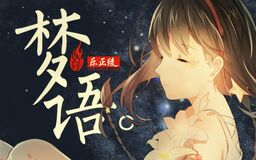 "Mèng Yǔ" is Yuezheng Ling's second demo and original song. It was noted that Ling sounds higher in pitch in this demo, as the producer lowered her GEN factor and explained that "Scarlet Drop" demonstrates what she sounds like naturally. She was also not heavily tuned in this demo.

The song is an emotional ballad that expresses a yearning for someone.

The remastered version was featured in the Píngxíng Sì Jiè 4 album.

Retrieved from "https://vocaloid.fandom.com/wiki/梦语_(Mèng_Yǔ)?oldid=1094255"
Community content is available under CC-BY-SA unless otherwise noted.