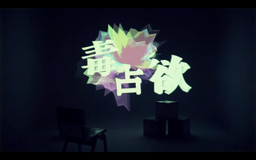 This song is featured on the album Conti New, which was released March 26, 2014. Additionally, it has entered the Hall of Fame.

This song is about an abusive relationship, sung from the perspective of the abusing male. He shouts at others, "She belongs completely, entirely to me!" Meanwhile, he is abusing his girlfriend, enjoying it, and unable to understand the lack of morality in what he is doing. He feels as though he has complete control over the relationship.

This song is likely a predecessor to another of DECO's songs, "Streaming Heart". It may also related to "Mousou Zei"; the character from that song appears during the bridge and first prechorus, and the riff from "Mousou Zei" can be heard distinctly in the bridge.