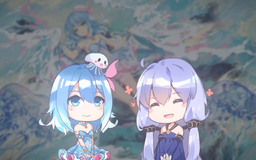 "Shoal" is the first Haiyi original song and was released in April 2018. A duet featuring Haiyi and Xingchen was later uploaded to bilibili in June 2018.

It should be noted that this uses Haiyi's debut voicebank and not her Synthesizer V vocal. It is currently not confirmed what voice synthesizer this voicebank was built for. 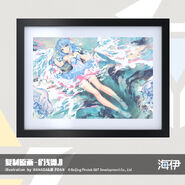