For the album by Jun-P, see RippLes. 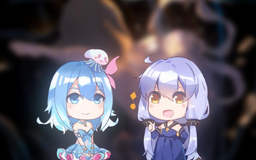 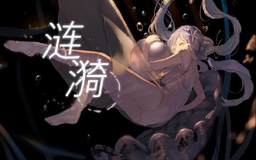 “You belong on the lake that the breeze gently caresses. And I am trapped in a world without you”
—Author's note

"Ripple" (alternatively known as "Ripples") is an original Xingchen song. It was later used as a demo song for Haiyi. The demo used Haiyi's four voicebanks (Normal, Dark, Power, and Aroma) and Xingchen's voicebank for comparisons.

It should be noted that this uses Haiyi's debut voicebank and not her Synthesizer V vocal. At the time of the release of this demonstration, it was unknown as to what vocal synthesizer she was built for.

Both versions of the song exceeded 100,000 views on bilibili.

This song was featured in the following album: 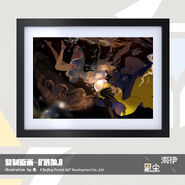