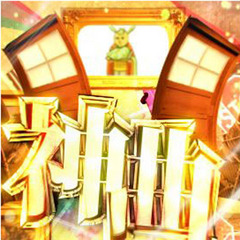 "God-Tier Tune" is an original song by Onyuu-P. It tells about being saved by what you believe in, whether it be religion or an everyday thing, like painting or singing.

This song incorporates the song "Amazing Grace" into the melody.

This song has entered the Hall of Fame. It is featured in the album Vocalonation. It's also featured in the game Hatsune Miku -Project DIVA- f, with Project Mirai characters Miku, Rin, Len, and Luka.

Retrieved from "https://vocaloid.fandom.com/wiki/%E7%A5%9E%E6%9B%B2_(Kami_Kyoku)?oldid=1034008"
Community content is available under CC-BY-SA unless otherwise noted.