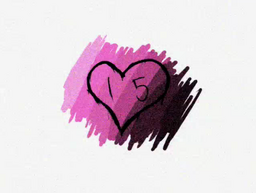 The original is sung by Hatsune Miku, which is popular in itself, reaching over 400,000 views and receiving a few covers and PVs. However, a year later, a version with VY2 as the vocals was uploaded, which surpassing the original in both views and mylists. On December 20, 2014, VY2's version entered the Hall of Legend, reaching over 1,000,000 views on Niconico Video.

The song talks about an unnamed person's undying love for their crush, sending him/her love letters every day for 15 years, never receiving a reply. In each year, the person becomes more desperate for a reply.

The person's activities for the years go as follows: