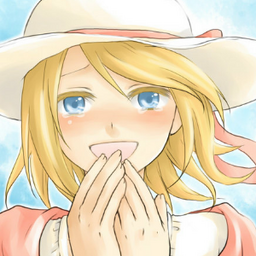 The song was first uploaded on February 15, 2009; as an answer/reply (or as Shuujin-P calls it; "The you version of Prisoner / 囚人の君Ver" it's entitled "you" because Len calls Rin "you" in Prisoner) song to Shuujin-P's hit "Prisoner" sung by Kagamine Len. It was uploaded a year after Prisoner's upload, and like Prisoner, it was also a hit, with currently over 400,000 views to date in Nico Nico Douga.

It tells the girl's (Rin) side of the story, when the prisoner (Len) was in prison; "the paperplane girl" have also troubles to endure in the hospital, it was also revealed that Rin's father was the person who gave Len his "death sentence" in the poison chamber. In the end, the two meet again in "heaven", where the "wall" which separated the two before faintly disappear.