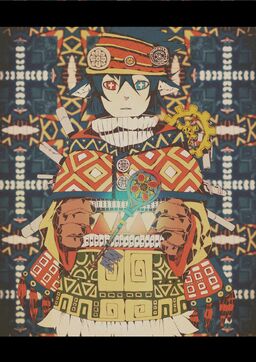 This song is a collaboration work between Neru and Zauni.

In greek mythology Aglaophonos was one of the Sirens, her name meaning "One of beautiful voice".

Part of the song lyrics are written in made up language created by Neru.

The song is featured on EXIT TUNES compilation album GUMity.