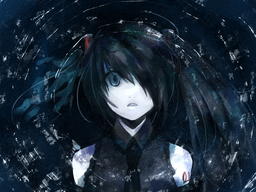 The story of a girl who commited an unforgivable sin and is sent to hell. Unlike her fellow damned, she believe she deserves to be there and accepts her punishment.

This was originally part of the Dark Woods Circus Series, but was presumably declared non-canon after the release of the novel.

Retrieved from "https://vocaloid.fandom.com/wiki/赤い沼の底_(Akai_Numa_no_Soko)?oldid=1099617"
Community content is available under CC-BY-SA unless otherwise noted.