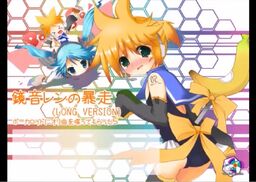 This song is about Len talking to the listener about what he feels for his Master and how he is perverted towards him, and expressing his anger for him (at one point telling him that if he hates onions, to go stick an onion up his ***). He also talks to Rin and Miku about his feelings as well. He says how even though he is short with bad vocals, he will show everybody what he is made of. He eventually goes on a road roller rampage.

This song also popularized the concept of Len being a "shota" character.

This song was uploaded on the anniversary of cosMo's first upload, and stayed in first place in VOCALOID Ranking for two weeks in a row. 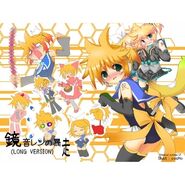 Cover of the Kagamine Len no Bousou single album