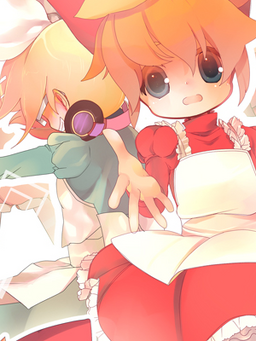 "The way of Kagamine MADs" starts with Len in a maid outfit. Throughout the song, Len keeps on being harassed, and how he wanted it to stop (ironically cosMo, the composer of the song, was the person who popularized / started the trend or headcanon of Len being a "shota" in his other work "Kagamine Len no Bousou").

The lyrics to the songs are somewhat odd (to the point where Len commented on the lyrics) and consist of talkloids along the way as well.