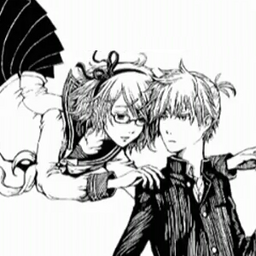 The Rise and Fall of the Psychic Girl is track three of Hayakawa-P's Girl Series (少女シリーズ / Shoujo Series). In this story; Len falls in love with a psychic girl who believes in ghosts, spirits, monsters, etc. In the end; it turns out that Len was just a ghost of her past friend that had died.

In the end, Len could only watch over her, Rin not even knowing he was alive anymore. He couldn't get her, following the Girl's Series pattern of Len not having a happy ending.

Retrieved from "https://vocaloid.fandom.com/wiki/霊能少女の繁栄と衰退_(Reinou_Shoujo_no_Hanei_to_Suitai)?oldid=1185060"
Community content is available under CC-BY-SA unless otherwise noted.