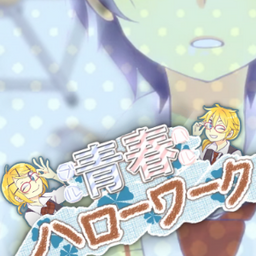 "Youth Government Agency" was first uploaded on July 18, 2012, and is Shuujin-P's second duet song sung by Kagamine Rin / Len. The song was originally a track in EXIT TUNES compilation "FINAL FICTION". The original version was sung by the utaite 96Neko for that compilation.

The song centers a man (voiced by Kaito), who went to the "Youth Government Agency" in search for his youth. Len and Rin, who were workers in the agency tried to find the right "youth" for the man. Though there were obstacles at first, in the end, the man was able to find the correct youth.

It has reached the Hall of Fame.