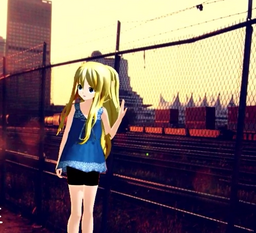 GOTA's winning entry in SeeU's second UGC contest. A song about a painful break-up, but how the girl isn't willing to admit it.

"Ulji Molla" was voted as the grand prize winner, and was featured in SeeU's concert, The first or the last. The song was featured alongside second and third place winners of the song competition, HIGHER !, and 침 (Chim).

Retrieved from "https://vocaloid.fandom.com/wiki/울지_몰라_(Ulji_Molla)?oldid=992853"
Community content is available under CC-BY-SA unless otherwise noted.