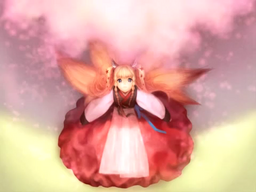 "The Poem of a Millenia" is an original song by Sangnoksu. It isa traditional Korean style epic that depicts one person's life through four different phases, represented by the four seasons. The symbolism represented is the five-tailed fox, a spirit known as Kumiho (九尾狐), that lives a thousand years by going through changes in four phases, much like humans do. Although Kumiho is usually represented as a nine-tailed fox, there are derivatives like Yobi, who is seen with five tails instead of nine.

Retrieved from "https://vocaloid.fandom.com/wiki/천_년의_시_(Cheon_Nyeonui_Si)?oldid=1107460"
Community content is available under CC-BY-SA unless otherwise noted.