Vocaloid Wiki
Register
Don't have an account?
Sign In
Advertisement
in: Series Work in Progress, Series, Japanese series,
and 8 more 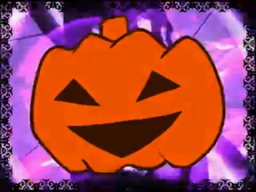 The Halloween series consists of songs uploaded on or close to Halloween each year from 2008 to 2012.

Each song (except for Halloween Monster Party Night) has the numbers "1031" somewhere in the song. This is read as "Halloween". Most of the songs also have "lulilu lilala" sung, sometimes more than once. It is usually mentioned as a "spell" or "cursed words".

This song is sung from the point of view of dead people having a party and ignoring all the bad things of the "other world".

This is the only song in the series to not have 1031 or "lulilu lilala" in the lyrics.

Much like the last song, it is sung by a group of monsters having a party surrounded by the dead and other monsters. At the end "you" utter the spell (lulilu lilala) and are turned into a monster yourself.

A song about a pumpkin monster. This is the only song to be sung by a single VOCALOID. It does not have "lulilu lilala" in the song, but it does have 1031.

The last song in the series. It references all the previous songs in the bridge.

The backstory of the Puppeteer in Darker Halloween YumYummyGillia, it's about his love for his doll Veldea and Veldea feeling guilt over not being able to keep the promise they made.

All tracks written by Machigerita-P, with PVs done by Tawashi.

The characters in Dream Meltic Halloween

The characters in Darker Halloween YumYummyGillia

Illustration of Six of the Dream Meltic Halloween characters by Tawashi