Vocaloid Wiki
Register
Don't have an account?
Sign In
Advertisement
in: Pages requiring attention, Yamaha Corporation, Vocaloid Next,
and 7 more 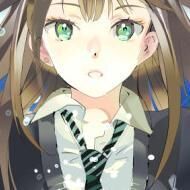 119 (pronounced Hikeshi), also known as 1ten, was the illustrator of Supercell. 119's meeting with Supercell was a coincidence, when ryo, the leading member of Supercell, used one of 119's Miku illustrations for the song Melt without permission in advance. 119 just accepted ryo's apology and joined in the composer, which later led to the group Supercell.

On February 2011 "Everyone's VOCALOID project" (みんなのボカロ計画) was announced by VOCAFES and Yamaha. The winners' illustrations were going to be used for the coming new VOCALOID3 characters. Muraichi and Yuukari each won the prize for the original designs of Ring Suzune and Hibiki Lui, and 119 made the final conceptualization of the characters.