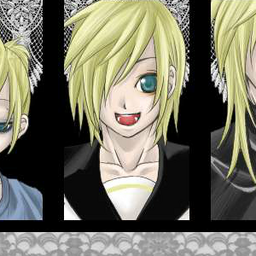 The song is one of mayuko's most notable works aside from her Grave-Sending Song series.

Many viewers from Nico Nico Douga were impressed over the seven voices of Len, and while some thought that they were his Appends, at the time the song was released Rin and Len's Append didn't exist.

It tells a story of a boy (Len) who at first knew nothing of the world, but as time passes he changes his personality (and so does his voice and appearance) six times. There were ups and downs on his personalities, but when it came down to the seventh "me", the seventh killed him (suicide; mayuko's author note / video description said "with this hand")