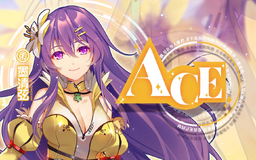 "Ace" is an original demo song by Li Zong and Yu Li featuring Mo Qingxian. This song and the voicebank made their debut at the Vsinger Live concert in June 2017.

Retrieved from "https://vocaloid.fandom.com/wiki/Ace?oldid=1091123"
Community content is available under CC-BY-SA unless otherwise noted.