Vocaloid Wiki
Register
Don't have an account?
Sign In
Advertisement
in: Producer, Chinese producer, Producer on Bilibili,
and 7 more 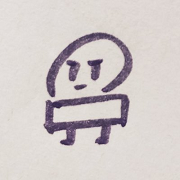 Aginomoto (味素) is a Chinese producer from the Xuhui District of Shanghai, China who made his debut in June 2017. He first became aware of VOCALOID due to the Miku no Hi Kanshasai 39's Giving Day concert in 2010 and since then, his favorite VOCALOID was Miku. He also wrote music prior to using VOCALOID.

The style of his songs is described to be warm and uplifting. His most notable song, "Caramel Stars", is an example of this, and triggered a surge of covers and derivatives.