Vocaloid Wiki
Register
Don't have an account?
Sign In
Advertisement
in: Converting to new layout, Producer, English producer,
and 7 more 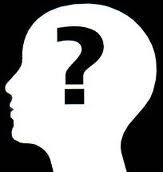 Anders Södergren debuted in 2003. Known within the Western VOCALOID fandom for participating in community forums and having a hand in developing English voicebanks for synthesizers. He was a developer for the VOCALOID3 engine and the founder of VocaTone, which consisted of a group of VOCALOID enthusiast who created OLIVER and YOHIOloid. He acts as an independent representative who works for both Zero-G Limited and PowerFX Systems AB..