anim.o.v.e. is the fictionalized equivalent of the real Japanese band m.o.v.e.

The band features VOCALOID2 Lily and Mosh. Lily's voice provider is Yuri Masuda, while Mosh is a personification of the male vocalist Mototaka Segawa. Under the name anim.o.v.e., three albums have been released since 2009, the third album released in September 2011 contains the song "LOVE SHOWER".[1] In October 2011 the DTM magazine featured a female character named Luna.

All the designs were done by illustrator KEI Garou. 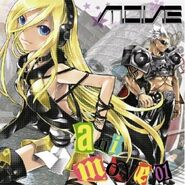 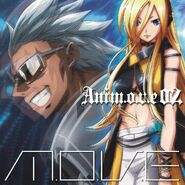 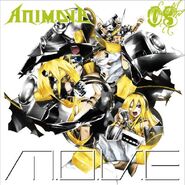 Luna as she appeared in "LOVE SHOWER"