A list of members from the fictional band, anim.o.v.e.. 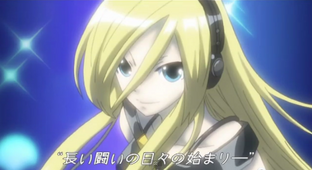 Lily (リリィ) is the main singer of the group, and eventually, she became the official character of the singing synthesizer application software powered by YAMAHA's VOCALOID2. Her basic databanks were jointly-developed by Yamaha and Avex Management Co., Ltd. using vocal samples from Masuda herself.[1][2] 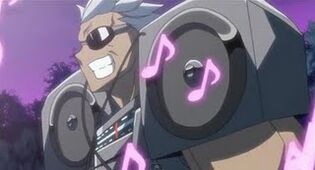 Mosh (or motsu) is the companion who appears alongside Lily. He can be heard singing the male rap vocals within songs and PVs. Mosh has appeared alongside Lily since her initial announcement and featured in the PV "Schwarzgazer". His latest appearance was alongside Luna and Lily in the anim.o.v.e. song and PV "Love Shower".

His design incorporates a Boombox, and has the same tattoos as his voice provider. The exact height along with Lily's has never been clarified. In artwork, his and Lily's height tends to vary in relation to each other although usually, Lily reaches his shoulder. However, because she is wearing high heels, this is not a true indication of her exact height. In "Schwarzgazer", Lily is about the same height as an ordinary person, indicating at the very least Mosh is taller then the average human. 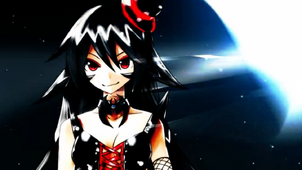 Luna is a character who appeared alongside Lily and Mosh. Luna was announced in DTM magazine. While Yuri Masuda used the avatar of her VOCALOID Lily to represent herself in the PV, Yukari Tamura used Luna to represent her vocals in the song. This is the first major use of Luna's character in any music based medium.[3][4]

Retrieved from "https://vocaloid.fandom.com/wiki/Anim.o.v.e./Characters?oldid=941080"
Community content is available under CC-BY-SA unless otherwise noted.