A voice recording competition was held to find the voice provider, by uploading a song they think best suits her. This ended on September 9, with Eguchi Nako emerging as the winner.

Aoki Lapis's voice was revealed during the Vonama event celebrating the release of VOCALOID3. Her full demo was released on November 11.

Aoki Lapis is sold in 3 different ways: voicebank alone, voicebank and V3 editor, and a deluxe edition. She has been designed to work with everyday users of VOCALOID, not just professional musicians, and designed for a new type of music, termed “lifestyle".[1]

Aoki Lapis was one of several products which was re-released in 2013 under "SE" edition. The updated version will host 3 new job plug-ins for the VOCALOID3 engine as well as the latest version of "VOCALOID3' and VOCALOID3 Lite. For users who already own the original vocal, there is no need for a second purchase as aside from a software package update, all the new added bonus content in the SE addition is downloadable from the VOCALOID website.

The original version of Lapis was discontinued from sale on May 20th 2013.[2]

In 2013, a Mac version of Aoki Lapis called "Aoki Lapis NEO" was released. This used the new VOCALOID NEO engine to work on Mac computers. 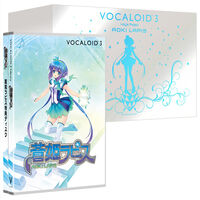 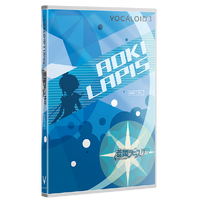 On August 10, 2013, Lapis was shown in a demonstration using another synthesizer called "ToSpeak". Her voice was also shown at the "Comic Market 84", an event held at Osaki West Station shopping centre. Her voice was used in Japanese, English, and Chinese.[3][4][5]