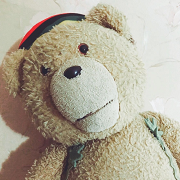 Atunemic, also known as Araragi Ken and Aliangliangmu Jian (阿良良木健; Āliángliángmù Jiàn), is a Chinese VOCALOID producer who was born on June 6, 1990. He specializes in electropop and rock, and made his debut in April 2011.

The quality of his video editing skills and the humorous yet rigorous plot designs are what makes his works rather popular within the Chinese fandom. His VOCALOID debut songs, "Doomsday DISCO" and "Resurrection DISCO", in addition to the Confession of Love Trilogy and LOVE SERIES, are among his most well known VOCALOID works.

Majority of his works feature Luo Tianyi, although he may use other VOCALOIDs or his own voice on occasion.