Big-Al was originally intended to be released for the VOCALOID engine as the male counterpart of Sweet Ann back in 2006, similar to Zero-G's LEON and LOLA; no demos or vocal tests were released to the public of that particular V1 voicebank and the only known person outside the production team who listened the recordings was Giuseppe, who described the vocal as a "young, pretty voice", though the library was never finished because of the low quality of the recordings and the expensive cost of redoing all the process. However, the exact reasons behind the cancellation of the "RONIE" vocal are unknown overall.[1][2] His production did not begin during "Project Daisy".

It is believed the codename for the vocal was "Ronie" as it was sited alongside "Jodie", Jodie being a reference to Al's counterpart "Sweet Ann". The codenames were used in the VOCALOID2 manuals under "Jodie2" and "Ronie2".[3]

Later Al's second voice bank, planned for the VOCALOID2 engine was recorded by Michael King, a singer/artist and award winning Elvis impersonator.[4][5] An early demo song of MIRIAM and BIG AL was personally requested by Bil Bryant and Alexei Ustinov, who started testing Big-Al in January 2007 with "Help Me Understand You" for the MusikMesse 2007 fair.[6] "Make Me Feel", was made on the spot as part of a demonstration of the software. BIG AL, along with Sweet ANN and Prima were demonstrated in the NAMM 2007 show in March 2007, with ANN seeing a official announcement of release in May. BIG AL's release was pushed back numerous times, though demos of him were available and uploaded in late April.

When the VOCALOID was in the editing process PowerFX tried to fix the pronunciation, and even though demos were posted on the net, they felt it was not good enough to be released. When they attempted to re-record King, they found that he was too busy touring. Frank S., a professional voice over artist, studio engineer/owner and former PowerFX employee then did the voice over which was used for the program.

New boxart was done to match the new voice given to him. Because of the initial reaction to SONiKA's noticeable anime influenced look, he was given a look split between anime and a more Western style. The picture was done by artist Ash(Accelagirl), who also illustrated the SONiKA comics. The artist stated that the color scheme (red and white) were chosen by PowerFX, while black was added to avoid looking like ChoiWARU-P's LEON.[7]

On December 11, 2009, a demo of Big-Al's voice was leaked on YouTube. The demo was Al singing small parts of the song "When the Saints Go Marching In", but apparently this demo was beta and not meant to be published. However, PowerFX did give permission to YT uploaders to post the demo.[8] Another demo was released on the day of he was made available for purchase.

When he was first released, users were unable to download him, leading to complaints from both English and Japanese fans. The problem was corrected by PowerFX switching download providers. The report on his problem was that his file had simply been too large. PowerFX then put up a notice that they will make sure buyers received the program no matter what, even if the company had to post it to them. Those that had pre-ordered him were given a $50 gift certificate for the PowerFX shop as compensation for the downloading problem.[9]

On the 1st of April, 2011 PowerFX's website went down. When it reopened on the 6th both Sweet ANN and BIG AL were sporting a new look.

On the 8th of April, 2011 a PowerFX employee noted that the designs seen on the PowerFX website of both BIG AL and Sweet ANN were that of a Taiwanese distributor of PowerFX products and were not the official designs for the products.[10]

The Taiwanese designs were removed during May, with BIG AL's boxart returning to his original design during this period, later reverting to the new version. According to PowerFX, they put the Taiwan boxart on their website to try the oblong shape as they preferred it and were thinking about switching to this shape for their VOCALOID products. The boxart's placement was temporary until they could run a Sweet ANN / BIG AL competition, however they noted that the fandom insisted that the official boxart be on the page and switched it back.[11] 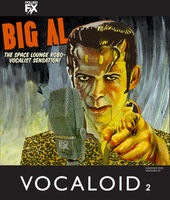 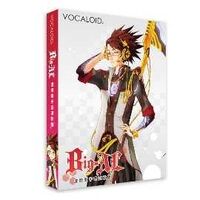