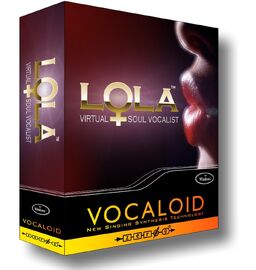 "Bach Vowels" is a VOCALOID demonstration song, it was available as a free download on Zero-G.

This demo was created from scratch in just 15 minutes and it illustrates well how quickly and easily LOLA can been used to create layered harmonies. The music is of course by Bach but this 21st century rendering was put together in a flash by Dom Keeffe. Again, although this is only a very basic example, it immediately illustrates Vocaloid's usefulness and ease of use - even for creating choral harmonies. [Note that only a few different vowel sounds were used in this demo - it is clearly not intended to illustrate realism in terms of language. Note also that the lower harmonies are outside LOLA's natural singing range]

Retrieved from "https://vocaloid.fandom.com/wiki/Bach_Vowels?oldid=987900"
Community content is available under CC-BY-SA unless otherwise noted.