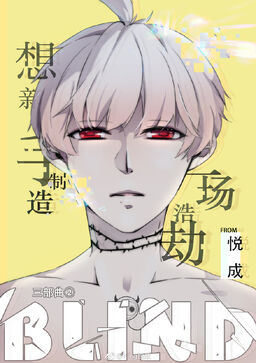 The director wanted a mixed feeling of void and solid, so it is "in an empty office, however..." Haha

But then again, do you remember my comedown in the past in the first song of the trilogy? And the second song is about the radical changes of my life after becoming well-known. Stare at the small screen and you will notice some details! But as for the song, it's a love song and a self-motivation song as well I guess. Probably I love my job, and I love someone, but the love confuses me sometimes...

The director said my acting skills were bad and I danced expressionlessly. I'll try to make a change.”
—Description "Blind" is an original demo featuring Yuecheng and the second song of a 3-part series. This song was shown as a short instrumental demo in May 2017 and its full instrumental was utilized at the live events promoting Yuecheng where he was seen as a dancing 3D model. 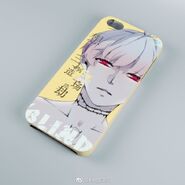 Retrieved from "https://vocaloid.fandom.com/wiki/Blind?oldid=970749"
Community content is available under CC-BY-SA unless otherwise noted.