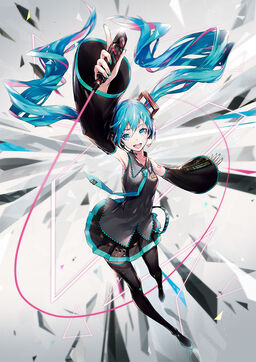 "Blue Star" is an original Hatsune Miku song. It is the official main theme of the HATSUNE MIKU EXPO 2016, which will be taking place both in Japan (March 23-April 9), and North America (April 23-June 4), for separate tours.

This song is featured in Cytus II in Miku's chapter.

Retrieved from "https://vocaloid.fandom.com/wiki/Blue_Star?oldid=972522"
Community content is available under CC-BY-SA unless otherwise noted.