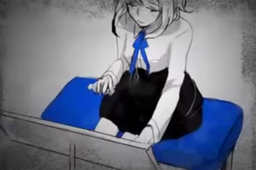 "Burn" is a song featuring SeeU by Dr. Yun. It is one of the first pop songs written by Dr. Yun. A story about a girl who falls into a bit of a toxic relationship, which she regrets as much as she secretly enjoys it.

Below is an official Chinese translation: via Producer's approval. Amendments may have been made to the original translation. —Xīng (星)

Retrieved from "https://vocaloid.fandom.com/wiki/Burn?oldid=1103401"
Community content is available under CC-BY-SA unless otherwise noted.