Vocaloid Wiki
Register
Don't have an account?
Sign In
Advertisement
in: Hall of Fame, Song Work in Progress/Background, Song pages not linked to from/kagomeP,
and 5 more 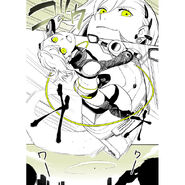