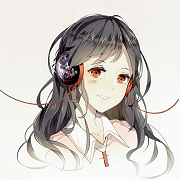 COP, also known as COPY and CO-P, is a Chinese producer who made her debut in July 2012. She specializes in Gufeng, electropop, and R&B styles of music.

While her early works were well favored with her audience, "Shuāng Xuě Qiānnián" became one of her well known songs and helped her earn the "P" title. She later became the tenth Chinese VOCALOID producer on bilibili with 100,000 followers in April 2018.

Retrieved from "https://vocaloid.fandom.com/wiki/COP?oldid=862520"
Community content is available under CC-BY-SA unless otherwise noted.