The Character Vocals were the successor to the initial unnamed VOCALOID "series" which consisted of MEIKO and KAITO, both of which were sold by Crypton Future Media, but developed by YAMAHA. The intention of the Character Vocal series was to take over as the "standard" vocals for the VOCALOID2 engine and would act as replacements for the pair.[1] This intention was dropped when the VY series was introduced late in the VOCALOID2 engines time on sale, with those vocals taking over as the "Standard" for VOCALOID2 onwards until VOCALOID5.

The concept of Character Vocals was to produce a specific vocal quality, rather than to be professional vocalists like all past VOCALOIDs. The VOCALOID vocals were often noted for their thick and ugly results and so when making Hatsune Miku, MEIKO was used as a baseline for what the series would achieve. Wat wanted far more attractive vocals from Miku then what had been previously provided, with more flexible results in terms of age and gender.[2] Ideas formulated from Miku were continued into the rest of the series with each vocal having different stand out vocal qualities.

Their vocal goals were based on how sound travels, hence the use of "音" meaning "sound" in the names of the packages. The change of approach from using professional was due to the fact it was difficult to find professional vocalists who would lend their vocals to the VOCALOID™ software. The direction of the vocals was to be a more characteristic set of vocals, as KAITO and MEIKO were created to be more generalised vocals, using voice actors so that they could give particular vocal performances. [3] Still, despite this, the initial target audience were professional musicians.[4]

Initially, only 3 products were designed for theVOCALOID2 engine, "CV01" (Hatsune Miku: based on sound when it first begins travelling), "CV02" (Kagamine Rin & Len: based on mirrored or reflected sound), "CV03" (Megurine Luka: based on sound after it has travelled), all of which were voiced by female vocalists.[5] A fourth masculine vocal, commonly referred to as "CV04", was being worked on, but has yet to be released, this was confirmed to be the last member of the CV series.

Due to the series' success, additional vocals called "Appends" were added for each character starting with Hatsune Miku Append. The idea of the Appends were to give the CV VOCALOIDs a "rainbow of colours" and were designed to be expressive vocals that expanded the overall usefulness of each individual VOCALOID. Once again, this lead to other studios also producing their own style of expressive vocals, such as "Megpoid Extend". It also lead to the update of the original VOCALOID series vocals, MEIKO and KAITO, to receive "Appends" when they were updated to VOCALOID3, though it was noted the direction of their Appends were different to that of the CV series.[6]

Due to the interest in selling their VOCALOIDs to a broader audience and giving their producers a powerful language tool, all VOCALOIDs made by Crypton Future Media were being assigned English vocals during the VOCALOID3 updating process. This included the Character Vocal series, which already had one member (Megurine Luka) with English capabilities. Hatsune Miku was once again the first to have her English vocal worked upon.

However, the overall success of the series has lead to a lost direction for the VOCALOID™ software with much of the cause resting on the Hatsune Miku vocal.[7][8][9] In fact, many of VOCALOID™ issues and concerns are a direct result of the series' success. However, culturally the series has had great impact on the VOCALOID™ software and in turn other Vocaloids have been stated to have been influenced by the series. Many other VOCALOIDs follow the use of the "Character Voice" style of VOCALOID production, for example, Aoki Lapis.

Over time the term "Character Vocal series" became less and less used with Crypton Future Media preferring to not use it, they had also adopted the KAITO and MEIKO vocals from VOCALOID3 onwards.Often they were collectively known as "Piapro Characters". On August 31st, 2019, Crypton announced the end of releases on VOCALOID and the move to Piapro Studio, marking the departure of this series from VOCALOID.[10][11] 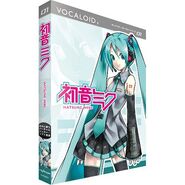 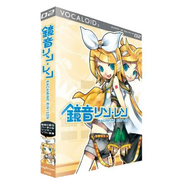 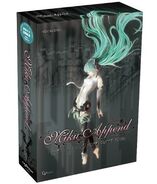 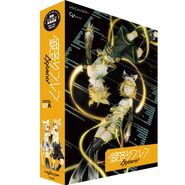 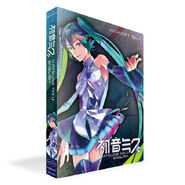 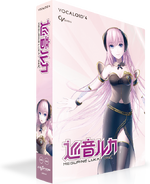 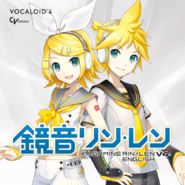 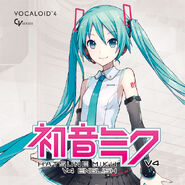 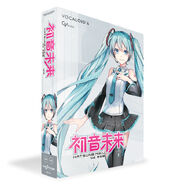 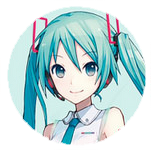 Hatsune Miku is also available for the VOCALOID Keyboard

The series was first touched upon on June 6, 2007, when it was announced that Crypton Future Media was working on "a cute female vocal that professionals can create with", part of the "CV" or "Character Vocal" series, who were designed to combine recognizable characteristics in their voices and clear colour schemes.[4] The first vocal was released on August 31, 2007, using the voice of Hatsune Miku and was made for the VOCALOID2 engine.

The original packages for the CV series were mostly rushed to meet deadlines, and as a consequence, the Kagamine product in particular had a number of quality related issues. On June 12, 2008, an updated version of the Kagamine package was announced called "Kagamine Rin & Len act2". During production of the product, Crypton also took time to update their End User Agreement to make its details clearer to understand.[14]

On July 18, Act2 was released. Users who had bought the old version of the Kagamine Rin & Len product got an expansion disc free of charge, an offer which continued until September 20, 2008, after which users could no longer register.[15][16]

In late 2008, the next Japanese vocal was announced. Again, soon after the initial vocal was introduced, a second vocal in English was announced. This was revealed on November 14, 2008.[17]

On January 6, Megurine Luka was revealed as the next vocal for the CV series.[18] She was later released on January 30, 2009.

Throughout 2009, Wat continued to work on Hatsune Miku Append, as well as other projects.

The existence of a new male vocal was made known in October.[20]

Developments on the Hatsune Miku Append continued into 2010.

In August, the existence of CV04 was confirmed.  This was the male vocal previously discovered in October 2009.[22]

On October 8, at the New York Comic-Con, Ito Hiroyuki (Crypton's CEO) announced that if Miku's Facebook page hit 39,390 "likes", an English voicebank would be developed.

The Kagamine Append was released on December 27, 2010. During this month, Megurine Luka Append was also worked upon.

In July, it was noted that Megurine Luka's progress was coming along quietly.[23]

Wat tweeted on December 1 that things were being redone for the VOCALOID3 engine.[24]

The Kagamines were known to be being considered for an English update.[25]

In May, it was reported that Wat was trying to figure out how to make Megurine Luka English Appends cost effective.[26]

At the NYCCon 2012, it was announced no new VOCALOIDs would be made until the updating of existing VOCALOIDs occurred. This confirmed all previous VOCALOIDs would get V3 versions, but also that vocals such as CV04 and Project If.. were now on hiatus.  CV04 was confirmed to have not yet been abandoned.

On July 24, 2013, it was confirmed VOCALOID2 Hatsune Miku and Append vocals would be included in a new update known as Hatsune Miku V3.[27]

In Feb 2014, the "Pocket Miku" was announced.  The device was originally seen as a prototype in November 2013 and was originally set to use the VY1 ("eVY1") vocal. This device contains an eVocaloid version of Miku and is the first device to allow any VOCALOID to sing in real time.

Hatsune Miku V3 LIGHT and VIVID were Released for Individual Sale on October 6, 2014

During the XSY update of the VOCALOID4 engine in October, upon the release of Ver.4.3.0 XSY groups were added. This allowed for the expansion of XSY of characters. Hatsune Miku's vocals benefitted from this vocal the most, having her V3 Japanese and V4x opened up to XSY between each other, in addition her English V3 and V4 could now XSY with each other. CFM also shifted the Luka and Kagamine V4x vocals into their own groups, a move that was also applied to MEIKO V3 and KAITO V3, though this did not expand their vocals advantages at the time due to their lack of previous XSY compactable releases.

On December 3, 2016, during HATSUNE MIKU EXPO 2016 in China, it was announced that a Mandarin Chinese voicebank for Miku was in the works.

2017 marked the 10th anniversary of Hatsune Miku's release and the year was dedicated to her. There was much promotion and focus on her in 2017 for this reason.

Miku was also lined up for release on the Mobile VOCALOID Editor.

It was also announced when the Vocaloid Keyboard was releasing in winter 2017. Although it would come with the default vocal of VY1, Miku was one of 4 optional vocals for the keyboard that users could purchase the other 3 being IA, Yuzuki Yukari and Gumi.

On August 31, 2019, Crypton Future Media stated that the Character Vocal series, along with MEIKO and KAITO, would be moving away from VOCALOID. Instead, the voices would run on a new voice synthesizer software built by Crypton. The software is to be released in the first quarter of 2020. The company stated they will still conduct vocal synthesis research with Yamaha in the future.