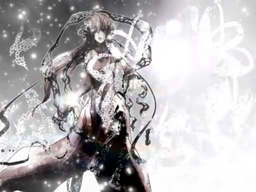 "Child's Garden'" is an original song by otetsu featuring Megurine Luka. The song was written and composed for Megurine Luka's first anniversary.

Though the song's meaning is open to interpretation, it is commonly believed among fans that "Child's Garden" is about bullying and the garden represents a playground at which the victim is both verbally and physically abused at.

Retrieved from "https://vocaloid.fandom.com/wiki/Child%27s_Garden?oldid=1048183"
Community content is available under CC-BY-SA unless otherwise noted.