A Company refers those heavily affiliated with the development and promotion of a VOCALOID™-powered voicebank or character. While most companies that take on the task of developing a VOCALOID are audio based; it has become common for record companies and related subsidiaries to collaborate with a primary company to develop their own voicebank.

The marketing of a VOCALOID varies by company and some companies may provide their vocalist with a basic profile, backstory, or personality that the consumer can work with. The illustration of a vocalist has no effect on the software and is done purely for decorative purposes.

In order for a product to be classified as a "Company" on the wiki, there should be acknowledgment by the YAMAHA Corporation under their licensing terms and there is a VOCALOID™-powered vocal in development or fully released. This includes characters from games with vocals powered by the VOCALOID™ software, as well as privatized vocals.

It can be noted that fanmade Derivatives and other synthesizer characters such as UTAU are not classified as "VOCALOIDs" their presence is hosted on the wiki due to official acknowledgement by a company.

By default, companies are sorted from newest to oldest. Asterisks mark a subdivision or subsidiary based company.

Bandai Namco Studio, Inc. Company: Website
Voicebank: Mirai Komachi
Description: Bandai is a Japanese manufacturer of hobby products, but are popularly know for their video game and anime brands. A branch of the company produced the VOCALOID Mirai Komachi Project.

aquatrax Company: Website (defunct)
Voicebank: Zing
Description: aquatrax is a software company that advertised Zing, a potential VOCALOID that would be trilingual. But develop seems to have ceased.

We've Inc. Company: Website (defunct)
Voicebank: Rana
Description: We've Inc.* is a subsidiary of FuRyu Corporation. It was is a television production company in Japan, they collaborated with SSW to produce VOCALOID Rana.

Vocalo Revolution executive committee Company: Website (defunct)
Voicebank: CUL
Description: VOCARevo* was a group of Japanese DTM fans that hosted the show VOCALO Revolution in 2011. This program showcased the culture around synthesizers such as its producers and music. They collaborated with SSW to develop VOCALOID CUL with Eri Kitamura.

Lawson, Inc. Company: Website
Voicebank: Akikoloid-chan
Description: Lawson is a chain of convenience stores in Japan. They collaborated with YAMAHA to produce a singing voicebank for their store's mascot, Akiko-chan.

Fuji Television Company: Website
Voicebank: Gachapoid and Anri Rune
Description: Fuji Television is a part of Fuji Media Holdings, Inc., a brand of network stations in Japan. They collaborated with SSW to produce a VOCALOID based on Gachapin dubbed Gachapoid (Ryuto) and later a private vocal named Anri Rune, a 3D mascot. 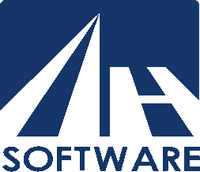 Good Smile Company Company: Website
Voicebank: None
Description: Good Smile Company is a Japanese manufacturer of hobby products; popularly know for their original Nendoroid series. They are heavily tied to Crypton in that they've produced a number of Character Vocal Series figures, especially of Hatsune Miku.

Giuseppe Company: Website
Voicebank: Lucía and LUAN
Description: Giuseppe is a synthsizer developer who has a history with VOCALOID engines. He developed two prototype vocals Lucia & LUAN but they have since been defunct. 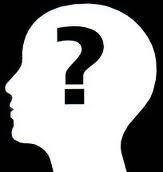