This title began in the Love Series, as its inaugural song "Romeo" was originally featured as an insert song in the Confession Executive Committee movie The Moment You Fall in Love.. At the time, and for at least a year, the focus of these videos would be about the idol duo LIP×LIP, a teen sensation that's gotten very popular in Tokyo. Later installments would introduce other performers that work with them, such as mona, a rival soloist and the younger sister of the Love Series's Sena Narumi; and Minami, a friend and Youtuber that sings with them on occasion.

However, the characters did not originate from "Romeo" alone. Song-wise, Yujiro was first introduced alongside classmate and future manager Hiyori Suzumi in the Love Series song "Koi-iro ni Sake", while mona was originally featured in "Kawaiiku Naritai"; other characters in the series, such as the rival group ASCANA, originated from separate HoneyWorks properties initially unconnected to the Confession Executive Committee series beyond sharing a universe. 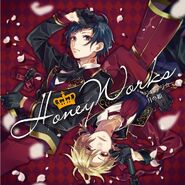 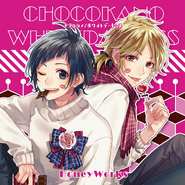 As with many Confession Executive Committee properties, this series has received a voiced comic in HoneyWorks' fourth studio album Nando Datte, Suki. ~Kokuhaku Jikkou Iinkai~ as a "Prologue" comic to Romeo.

A serialized manga concerning the rise of Mona Narumi as a popular idol was released in December 2019 on the digital manga magazine Piccoma, based off of the song "Watashi, Idol Sengen". The manga is available for free reading for the first three chapters, and debuted on January 15, 2020.

A movie covering the origins of LIPXLIP was announced on August 28, 2020as part of HoneyWorks' 10th anniversary celecration. the movie, How to Enjoy This World ~Secret Story Film~ was set to be a double feature with a "virtual concert" to follow it on December 26, 2020.

Events in the Idol Series have been novelized as part of the Confession Rehearsal series starting from the 11th installment and eventually spun off into its own Idol Series label with the release of Romeo. Watashi, Idol Sengen, a separate novella focusing on Mona, released as a bonus for the CHiCO with HoneyWorks album Watashi no Someru i no Uta.

A novelization of the How to Enjoy This World movie was released shortly before the movie's premiere on December 26, 2020.

Retrieved from "https://vocaloid.fandom.com/wiki/Confession_Executive_Committee_~Idol_Series~?oldid=1129337"
Community content is available under CC-BY-SA unless otherwise noted.