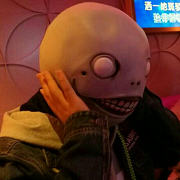 Creuzer (酷路泽; Kùlùzé), also known as Ku Lao (酷佬; Kù Lǎo), is a Chinese VOCALOID user from the Haidian district of Beijing, China, and has been active since July 2014. He is most known for his tuning skills within original and cover songs, and is noted to be proficient with fast-paced songs in particular.