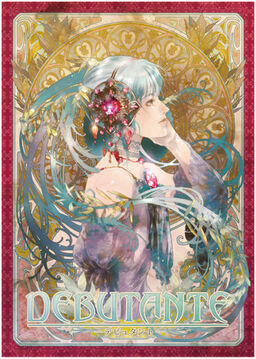 "DEBUTANTE" is a compilation album by k-shi studio and the first in their "DEBUTANTE" series. It contains a total of 22 tracks split into 2 discs, mainly featuring Miku, but also Rin, KAITO, MEIKO and various utaites. Going back to the basics is the theme of this album.

Each copy of the album came with a 24-page full color booklet.

Retrieved from "https://vocaloid.fandom.com/wiki/DEBUTANTE?oldid=1038966"
Community content is available under CC-BY-SA unless otherwise noted.