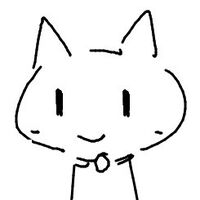 daniwellP, also known as daniwell, is a producer most well-known for "Nyanyanyanyanyanyanya!", sung by Hatsune Miku. His songs tend to be upbeat and very repetitive. They are normally accompanied by simple drawings, 3D models, or motion graphics that he has done himself. With the exception of "Nyanyanyanyanyanyanya!", his view counts vary from 10,000 to 370,000 views.